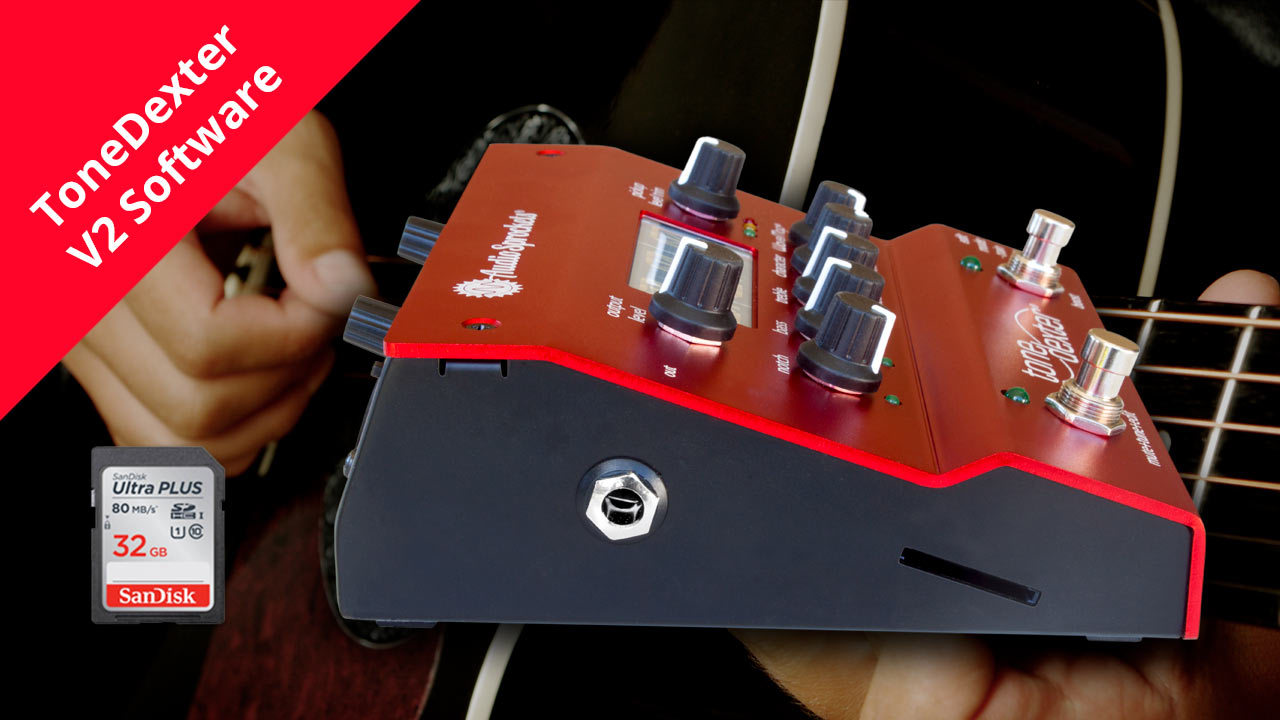 From the start, ToneDexter has always given performers control over their sound in two important ways:

Before version 2.0 of the software, this feedback control was baked into all WaveMap presets that you created, unless you started training from slot 22 in which case the feedback mitigation was skipped. Slot 22 was intended for situations like recording or web streaming where feedback is not a concern.

Starting with V2.0 and later, we decided to give users complete control over how much feedback mitigation is applied to their WaveMap presets. All new WaveMaps contain the complete miked sound, as well as a variable feedback mitigation filter that is now controlled by the notch knob. So you can dial in as little or as much as you need in any situation given, according to your taste and/or feedback issues at hand.

This new variable feedback mitigation is not just one frequency, but rather a smart filter that matches the exact and often complicated resonance profile of your instrument. See the animated GIF for a look at how this variable feedback control changes the response of your system, knocking down the troubles spots with anywhere from 0 – 100%

Existing WaveMaps will continue to function as they always have, with the notch control as a single notch.

The other noteworthy change is that V2.0 has made a significant and noticeable improvement in the quality of the WaveMap produced. It is smoother and even more natural sounding.