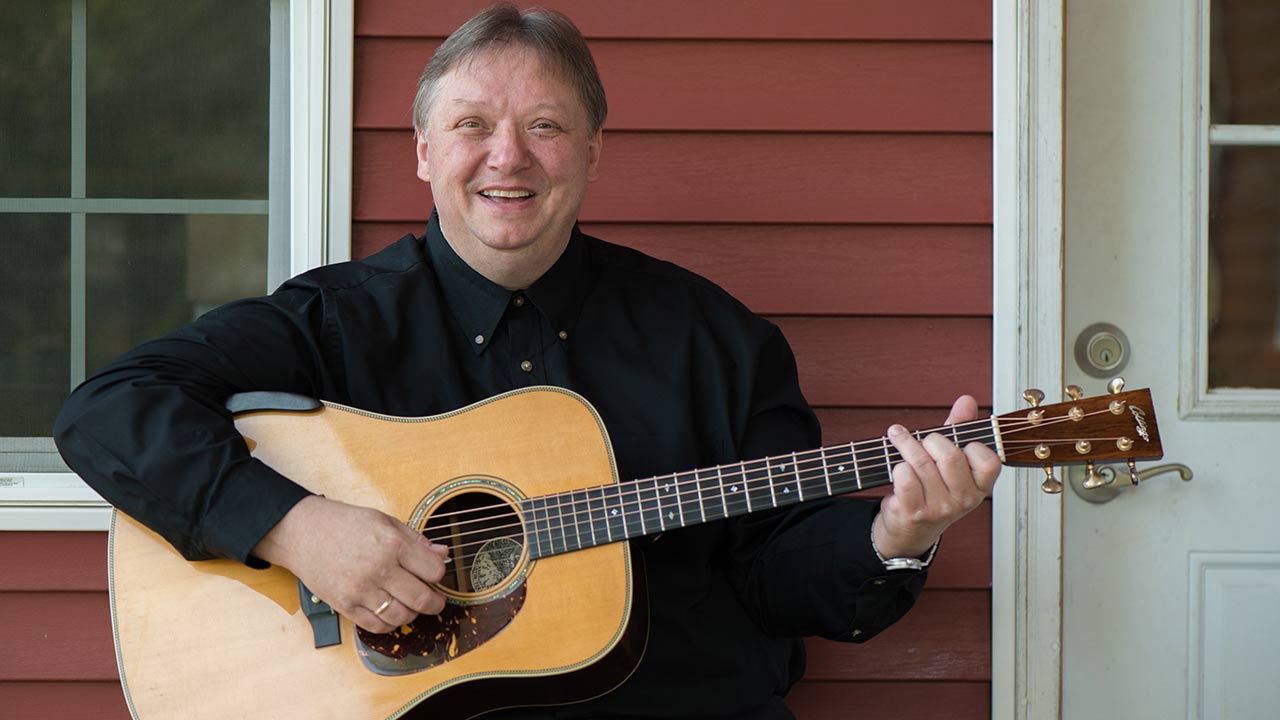 My name is Uwe Kruger, and I have been playing amplified acoustic guitar professionally since 1987. I play with the Kruger Brothers, and tour internationally full time.

For me, my good gear is essential. They are the tools that make my job possible, and I have to be able to rely 100% on their performance in order to make a living. I have been using the ToneDexter now since October of 2017, and have played it in all sorts of different situations, from festivals to concert halls, in a trio situation, or with an added string quartet or symphony orchestra.

I split my passive guitar pickup signal first with a RedEye preamp, mainly as an option for my sound engineer, run a straight signal to the board and stage monitor, and a second one into the ToneDexter. The ToneDexter signal goes to FOH via XLR, while the 1/4 inch out goes into a Mesa Rosette preamp, where I do further shaping to adjust for the monitor amp on stage.

I also set up a mic whenever possible, so I can get the ability to work with the dynamics of different mic distances during my performances. As a matter of fact, in most situations now, the mic in front of me on stage is just there for show, and as a back-up, in case something goes wrong

The ToneDexter signal is all I hear on stage, and it works wonderfully. I currently play a Pre-War Guitar Company Model D, a very vintage oriented sound, and the ToneDexter translates its sound from the K&K mini pickup perfectly. I use the blend control regularly, the tone controls are engaged as needed, mostly to cut some bass and a resonance I get at higher volumes around 73Hz.

On large stages, where I have to deal with high sound levels, the notch filter is essential to fight feedback, and the implementation by Audio Sprockets is exemplary.

My engineer gets two independent direct signals this way, one ToneDexter and one direct K&K pickup. Additionally to this, I get a Milab condenser mic in front of the guitar for a good mic signal. This 3-way flexibility is a great asset, and enables my tech to optimize the sound in any given situation.

I utilize a Mylab mic for training ToneDexter, as well as a Neumann KM184 and a DPA. I really like experimenting with different settings. Creating the sound pictures [WaveMaps] during sound check specifically for the hall I play in, with my live microphone, is really giving me the most realistic results.

The sound is spectacular. My guitar stays true to the acoustic, unamplified sound, and the first time ever in my career I am able to play as dynamic on the stage, just as if I played in my living room. All the other pre-amps and modelers I have used in the past are, as of last October, obsolete.

The microphone is of great importance, I can really tell the difference between the various microphones we utilize. The quality of the ToneDexter output depends very much on the quality of the microphone used to create the pictures. I get a true studio-like result, if I use a studio mic, and also get to lo-fi a little, with maybe a Sure SM57 once in a while. Comes in handy when there is a wind situation at a festival. The different positions of the mics during training also make a huge impact on the sound quality.

The character of the mic used is always very much audible. The option to have a choice of expensive studio mics on stage, recorded in a studio environment, and during sound check, stored on the ToneDexter, is amazing.

I’ve bought 4 ToneDexters. Number one is in my everyday pedalboard, number two is in my Swiss Pedalboard, number three is in India, I gifted it to a Classical Indian Musician, a young Lady from an ancient Family of musicians in Southern India, when she picked up a new violin built by my friend Bob Kogut and she regularly performs for hundred and thousands of people in her home country as well as Europe and Asia. To complement her amazing new instrument I gave her the ToneDexter and created a few WaveMaps with a Neumann KM103, KM184 and a Shure SM81. The results were impressive, and she is having great success with the unit. Now, of course, I needed a backup for my own work again, just to make sure.

The ToneDexter is a true game changer in my opinion. So far, the machine has functioned flawlessly, and I am certain that it will change the way acoustic instruments will be amplified in the future.

The developers are working hard to get it even more perfect, as shown in the updates of the firmware that were very easy to perform. The team know what they are doing, and I am looking forward to many years of working with their invention. The fact that they are fully invested in their product is evident in every aspect of the ToneDexter. The documentation is spot on, precise and easy to understand. The units are robust, all metal, and 100% roadworthy. Visibility of the display is excellent, and the information it shows is very useful and precise.

Thank you very much for making my life better with the ToneDexter! 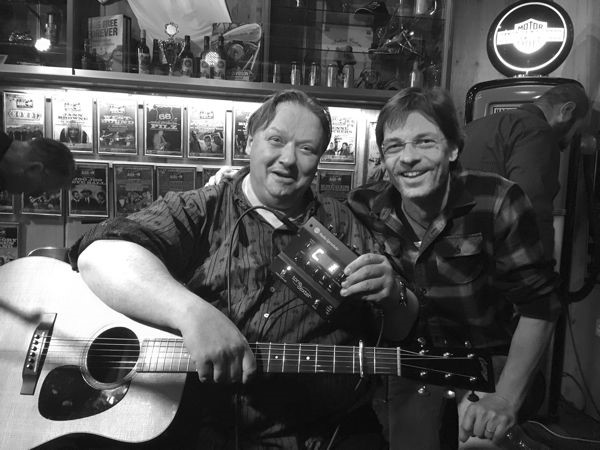 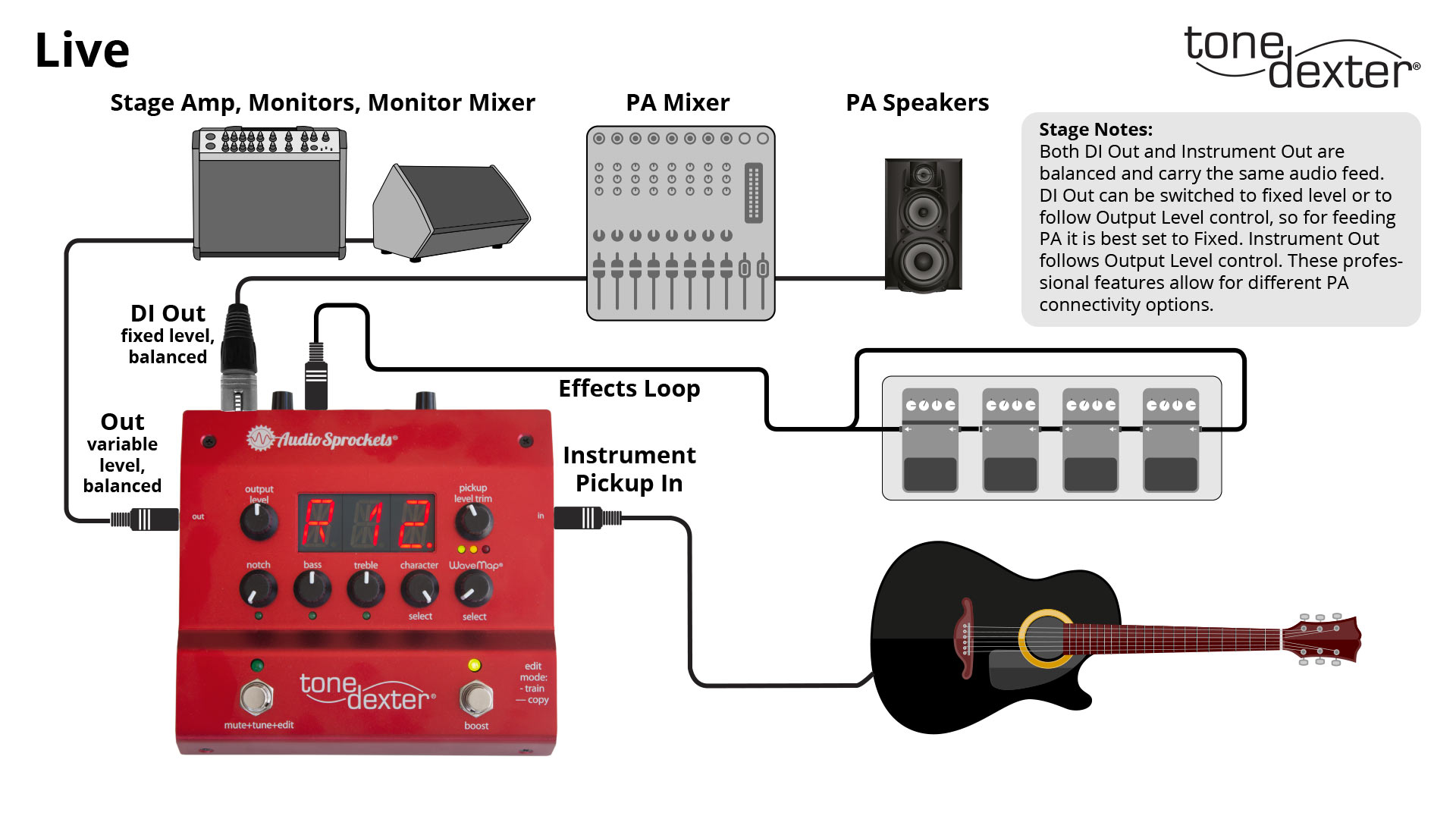 ToneDexter connectivity diagram for live on stage use.

The sound is spectacular. My guitar stays true to the acoustic, unamplified sound, and the first time ever in my career I am able to play as dynamic on the stage, just as if I played in my living room. All the other pre-amps and modelers I have used in the past are, as of last October, obsolete.