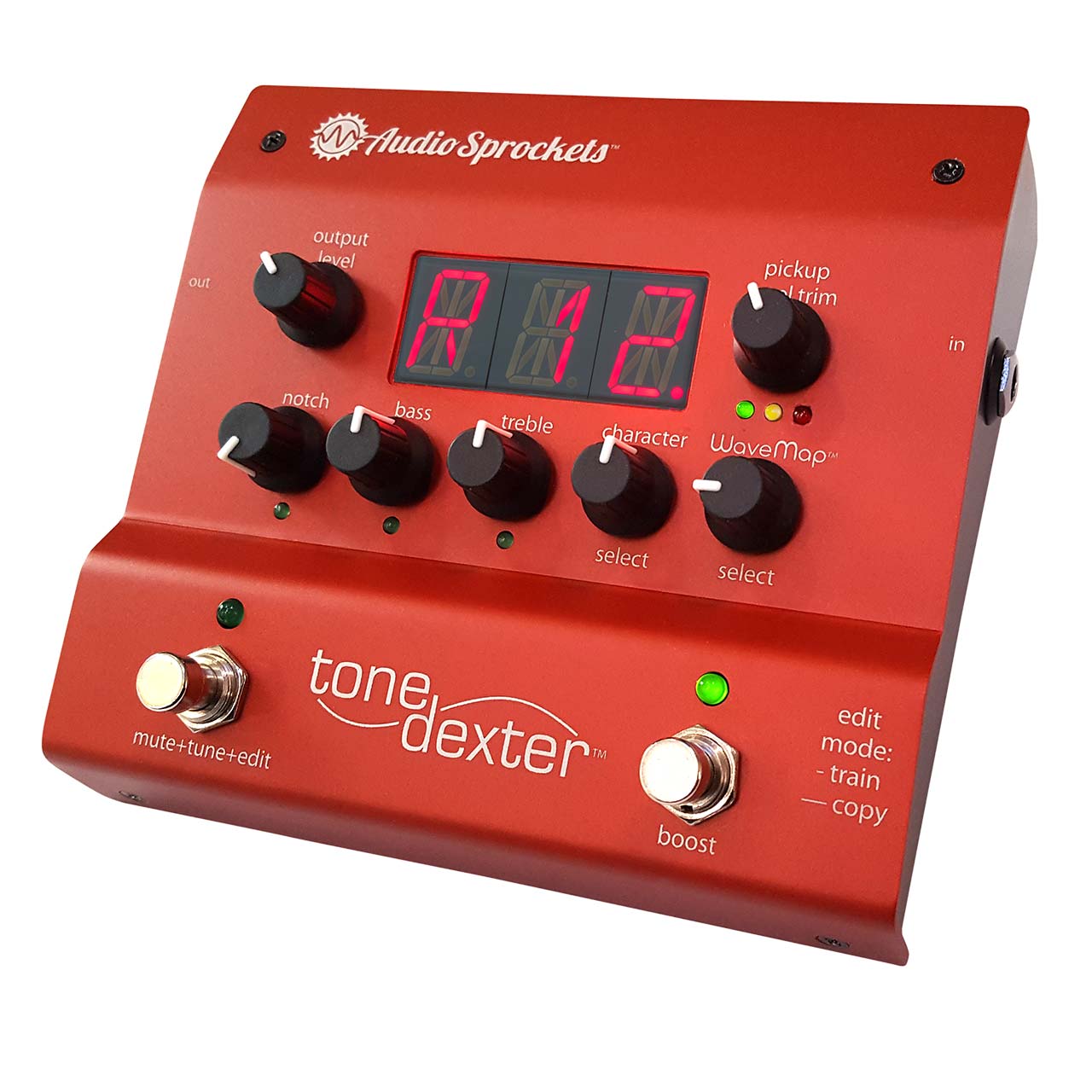 Downloads are now available for sets of ToneDexter WaveMaps to improve the sound of Yamaha SLG200 Silent Guitars, and to make your electric guitar sound like an acoustic guitar.

Nevada City, CA July 2018 – ToneDexter® is an innovative professional grade preamp that improves the sound of an acoustic instrument pickup. It can learn the difference between how an instrument sounds through a microphone and how it sounds through its pickup. Using patented WaveMap® technology, it corrects the pickup so that it sounds like the mic.

Following requests from ToneDexter users to provide WaveMaps that enhance the sound of Yamaha Silent Guitars, Audio Sprockets’ founder, James May, has produced a set of WaveMaps for both the nylon and steel string versions of the SLG200 series of Yamaha guitars.

James explains the process, “ToneDexter captures the miked sound of a guitar as a WaveMap. The WaveMap is used during performance to modify the piezo pickup sound. The Yamaha Silent Guitars don’t have an acoustic sound, so we created WaveMaps on great sounding acoustic instruments. For the steel string, I used a Gibson Advanced Jumbo, D-18 style Voyage-Air, and a Martin OMC. For the nylon string I used an exceptionally good Cordoba GK Studio. The resulting WaveMaps were then modified and adapted to account for the difference between the acoustic guitar pickups and the pickups on the Silent Guitars.”

ToneDexter can now take the sound of the Silent Guitars to a whole new level with deep, rich acoustic tones not attainable before, with no delay or artificial feel.

We have also had requests for ToneDexter to provide an acoustic guitar sound from an electric guitar. Since ToneDexter does not work with magnetic pickups, it’s necessary to replace the bridge with a piezo bridge, such as the LR Baggs X-Bridge or T-Bridge, or the Fishman Powerbridge. These are available for both Fender style bridges and Gibson style Tune-O-Matic bridges. The WaveMaps mentioned above were again modified and adapted to account for the difference between their source pickups and the target piezo bridge pickups.

ToneDexter is available for US$399 directly from Audio Sprockets and also from a select group of fine instrument stores in the USA and internationally. Shop for ToneDexter.

ABOUT AUDIO SPROCKETS
Audio Sprockets was founded to solve a problem that every acoustic instrument player has on stage—how to get a great sound out of a piezo pickup. Anyone who has performed with an instrument mic knows the limitations and constraints, but before ToneDexter it was only a choice between the thin sound of a pickup and the problems and limitations of using a mic. Now, thanks to the Audio Sprockets team, you can have the convenience of a pickup with the rich sound of your studio mic.